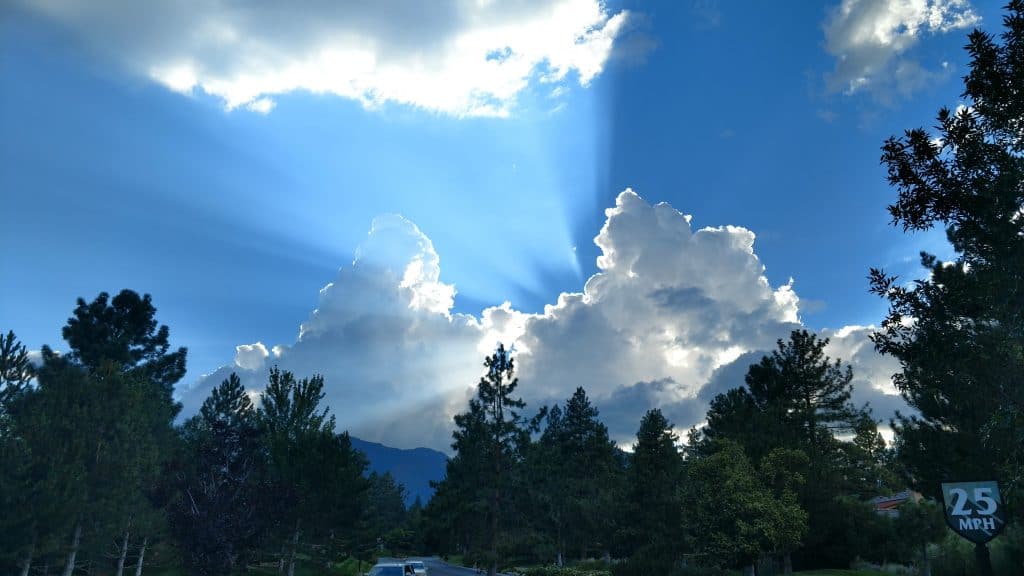 So here I was on August 30, 2018, it was a Thursday afternoon and it was the 2nd anniversary of my mom’s passing. I was working in my home office which is to say I was typing a blog post in my desktop computer on a small antique desk which affords barely enough room for all that sits atop. Two monitors 15 years in age, my wireless keyboard, a small ceramic dish no more than two inches in diameter holding my “See a Penny Pick it Up,” coins, a talisman of sorts, an image clad Rubik’s Cube and two Bobbleheads, one of Clay Thompson and the other of “Taser Face.” Little did I know that soon thereafter I would experience love beyond life.

I started the day with a post on Facebook to remember my mother that morning. My mom was a compelling and unforgetable personality filled with vitality and compassion. My post not only reflected this but also was a commitment to her and myself that I would carry on the way she did for all the time that I have left here. Later that day, although I did not realize it until I began to write this post, she validated and affirmed my convictions.

It was at this point I felt a shake and my antique desk gave an ever so slight but distinctly noticeable shimmy, a feeling I have lived through many times being from Northern California. It was a small earthquake or tremor but it was felt and then disappeared in almost an instant. However, the moment was not lost on me. There have been and continue to be many points in time when I am reminded of my mother or laugh because I know exactly how she would have reacted or what she would have said in any given situation. As with all of us who have lost loved ones, their memory, if anything, grows stronger as we move on through life. Mindfulness of my mom is no exception to that rule. Especially that day when my memories of her were understandably stronger than usual and my focus on our relationship naturally more intense.

Just after the shaking had resided I remember a sort of quip in my mind briefly about mom saying hi or letting me know she is present. As quickly as I felt the jolt and thought about the connection, it was gone from my mind and I was onto more business of the day. I did, however, think to myself that I have to remember to ask my brother or my father or someone if they had felt the earthquake as well, only to confirm what I thought it to be because it was that quick and non-eventful. I never did.

I have a friend, as I like to say it was my first friend ever in life because, well he was. His name is Nelson. Nelson and I met in kindergarten in Corte Madera, California. We were instant friends but unfortunately my family moved about 25 miles away mid-kindergarten.  Even though we were only 6 we remained close friends and continued to visit with each other on weekends taking turns spending the night at each others house. This happened because both of our mothers saw to it. They could see we missed each other and they made sure we were able to stay in touch.  They were great women. Nelson’s mom passed a year or so before mine.

Life would take us along separate paths and we grew apart in time, distance and life’s journeys but never in friendship. Years later I mean almost 50 years later, as fate would have it, we reconnected. Nelson is a passionate golf fan, player and attends many PGA tournaments around his area in Houston but for some odd reason comes to this one small insignificant tournament in Reno, “The Barracuda Challenge,” which just happens to be held where I live in Montreux, Reno. For the last two years, we have enjoyed a wonderful rekindling of our friendship on that weekend in August every year. This year was no different and he came and went as he always does. After our goodbye’s I had not spoken to him since beyond the casual like or comment on Facebook which is what ultimately reconnected us (about a month). 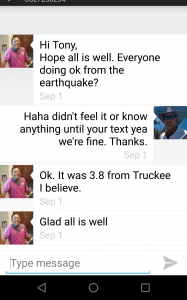 I was taking a walk around my neighborhood when I received the text you see to the right from Nelson. As you can see he is asking me if we were all good. At first, I assumed the earthquake had just occurred completely forgetting my experience of two days ago. Then I thought maybe he means my daughter in Northern California and I became slightly anxious. When I returned home I saw that although there were some tremors in Northern California they were minor. Prompted by Nelson’s text, however, I researched exactly where they were centered. I pulled up the following image which described an earthquake centered in Truckee, Ca which is about 40 minutes from where I live and I also noticed the date, August 30, 2018,. I immediately responded letting Nelson know we were fine but the date did not resonate with me for a few minutes. When it finally did I thought to myself, wow that was an earthquake I felt the afternoon of my mom’s anniversary. I smiled and felt a jolt of gratitude which always accompanies those emotional and unlikely coincidences often brought about by recognizing the connection all of us have especially to loved ones here or gone. I’ve heard it called a “God Shot,” I’ll go with that.

I had almost forgotten about Thursday afternoon and the earthquake I felt at my desk but somehow I was reminded and from the most unlikely messenger thousands of miles away. I thought, oh this will be a neat post on Facebook and went on with my evening. It stayed on my mind and in my heart but as the evening continued, I became more removed from the idea of posting the experience on social media, thinking although it is a cute anecdotal story a degree of fear and insecurity kept me from sharing it with the world or even my family and Friends.

– Not until I started to write did it all come together – Sunday Evening September 2, 2018,

All day I kept busy but for some reason, the thought of sharing this experience kept nagging at me. I could not figure out why my intuition was so persistent about this silly post, however when it is this strong I never deny it and I began to draft the post you are reading now. Ironically the key to this whole post was not even discovered until I started writing.

I started reviewing the events in my mind as they had happened and began to write them down. Just then it dawned on me to look at the exact time of the earthquake. As you can see from above the exact time was 3:08 pm. At that very moment, my heart slowed to the pace of infinite speed. I sat stunned yet blessed and realized what this four-day journey had been all about. Although I knew it in my heart, I walked down to my father’s office where I was pretty sure I would find my mom’s C.O.D. There it was in black in white., 21c. Hour of Death 15:00

The mere fact that there was a major geological event that occurred in the same hour of my mom’s passing 2 years later, is worthy of acknowledgement and mention alone but what struck me more deeply were the events that unfolded in the days after. Something or someone wanted this to be forever embeded in my memory for whatever reason and I was incredibly close to never even thinking about it again. I sat in a wonderful peace the rest of the evening and wrote this post the next day. I will forever contemplate its significance.

For all of us who search for a connection to loved ones who have passed, they are out there and they find the darnedest ways to let us know that very fact. All we have to do is be open and receptive to seeing, hearing, feeling and experiencing them. I almost missed it but with the help of an old friend and a genuine belief in love beyond life, I didn’t. 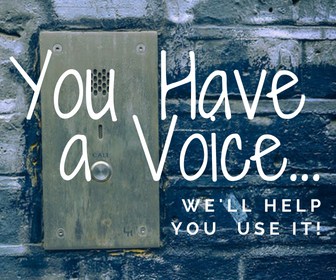